On the afternoon of July 21, the finals of the KINCONA-Cup·The ESWDA basketball-friendly match was held in Shandong Huajian Aluminum Group·Sharing Sports Center!
From July 16 to the present, the eight teams participating in the 6-day group stage and semi-finals totaling 14 games, four teams entered the finals. They are: [Champion and runner-up showdown] Guojia United VS LVDUN ZHONGTIAN; [3rd place competition] XINGGUAN Glass VS TIEMA Logistics.

In the end, XINGGUAN Glass far exceeded the opponent’s score and won the league’s third-place trophy!

From the very beginning of the group stage, these two teams have performed well and have extraordinary strength. They all entered the finals with a record of victory in the group stage. The game was exciting, intense, and exciting. In the end, Guojia United became the champion of the second KINCONA-Cup·The ESWDA basketball-friendly match! The LVDUN ZHONGTIAN team became runner-up.

In this basketball game, the HUAJIAN Aluminum Team showed a good state of fair competition and a spirit of unity and upward progress, and was awarded the “Ethical Style Award”.

In order to commend Shandong Kincona Windows and Doors Co., Ltd., which provided strong support and undertook a number of organizational tasks in this basketball-friendly match, the basketball game organizer specially awarded it the “Excellent Organization Award”.

At the closing ceremony, live performances by female employees of alliance member companies.

Since the establishment of the ESWDA, it has often organized alliance companies to visit major exhibitions and well-known companies to exchange and learn, strengthen cooperation between member companies and advanced companies across China, share development opportunities, and greatly broaden corporate development ideas and horizons.

At the same time, the alliance also actively organizes various outdoor development, tourism and other activities to enhance in-depth exchanges, mutual trust, and cooperation among member companies. The role of ESWDA as a bridge and link has become increasingly prominent. 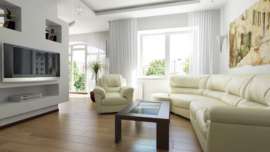 Do You Know How Home Value is Affected by Windows & Doors 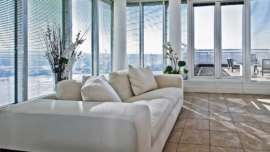